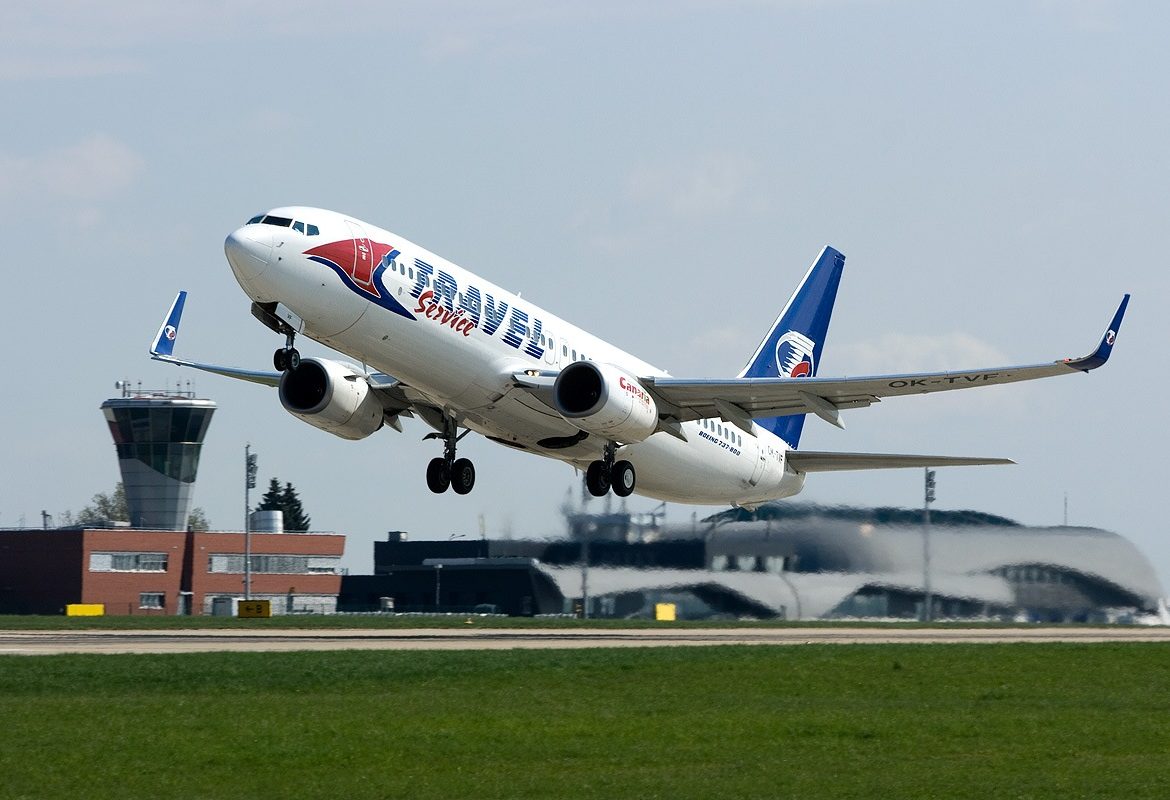 As spring rolls into summer, tourism season officially kicks off for travelers around the world.

Smart travelers are already planning their summer getaways for June. The first month of summer offers countless incredible experiences, from a nightlong party under the midnight sun in Anchorage, Alaska, to a jungle excursion through the Amazon rainforest.

We looked at airfare trends, climate data, and cultural calendars to select 13 vacation spots that are some of the best places to visit this June.

Read on to find the 13 best places to visit in June.

Nothing beats summer in New York City. And while there’s no bad month to travel to New York, June very well may be the best time to visit.

The beginning of summer brings perfectly balmy weather to the Big Apple — come in August and you might be sweating the day away. June is also when entertainment kicks into high gear, with ample free concerts at Central Park and Prospect Park and world-renowned Shakespeare in the Park performances.

On top of that, June offers memorable cultural events like the annual Gay Pride Parade and the ever-popular Governors Ball festival.

Prices for flights to New York usually trend upward in July and August, when tourism is at its peak, so if you’re planning a summer excursion to the big city, you’d be better off booking sooner in the year rather than later.

Travel to Portland in the first month of the summer and you’ll get the full experience — clear skies, warm temperatures, gorgeous views, and a streets filled with life and energy.

June is the first month of the year when the average temperature cracks 70 degrees, and it rains just five days of the month, down from 15 earlier in the year. Take advantage of the great weather and enjoy the outdoors, whether it’s hiking Mount Hood, going brewery-hopping, checking out a free concert in the park, or taking in the Portland Rose Festival, which offers weeks of events.

Summer solstice in Anchorage on June 21 is one event you do not want to miss.

That’s when residents of Alaska’s biggest city celebrate the longest day of the year, and party with music, food, and entertainment underneath the midnight sun.

Being the northernmost major city in the US, Anchorage allows a cool breath of fresh air for a summer vacation. You can expect temperatures to hover in the 50s and low 60s, which is close to as warm as it gets for most places in Alaska. You’ll have more than 18 hours of sunlight a day, giving you plenty of time to enjoy the wildlife and picturesque scenery.

Chilly Iceland is enjoying its moment in the sun as a tourism hotspot, and you should pounce on the opportunity to visit this summer.

If Anchorage’s midnight sun isn’t extreme enough for you, then head to the Westfjords at Iceland’s northwestern tip — you can expect a full 24 hours of sunlight on June 21.

Regardless of what part of the country you’re in, there are endless activities for you to do in June. Wildlife enthusiasts can enjoy the best time of the year for whale and puffin sightings. Breathtaking views of mountains, glaciers, and hot pools provide a backdrop for all sorts of outdoors activities, from nature treks to picnics.

Summer festivals abound in Denmark’s capital in June, when the city is in full bloom and the streets are bustling with life.

Take in the scenery on Sankthansaften, Denmark’s midsummer holiday, when locals gather to light bonfires and sing traditional songs. Or if music is more your scene, some of the biggest names in electronic music, indie, and hip-hop take the stage at the Distortion and Northside festivals.

To relax, take a boat ride through Copenhagen’s famous canals or enjoy a stroll through the city’s lush parks and gardens. On top of that, you’re never far from the water in Copenhagen, and with temperatures rising into the high 60s on average, a beach day may very well be in order.

First off, while drinking isn’t technically mandatory in Dublin, it is highly encouraged, and any classic tourist experience includes a trip to the Guinness brewery, the Jameson distillery, or a famous pub like the Temple Bar.

Natural wonders like the Cliffs of Moher offer ample fodder for day excursions, as do the numerous austere castles in the city such as Dublin Castle and Drimnagh Castle. Naturally, the warm weather in June marks the start of peak tourism season, but if outdoor time is important to you, you’re best served going in the summer.

The awe-inspiring Croatian town of Dubrovnik on the Adriatic sea is ideal for a June getaway. Steeped in history, Dubrovnik’s old town offers enchanting walks along its limestone streets and ancient city walls.

Temperatures climb up to the low 80s in June, and tourists can cool off with a swim at the Lokrum, a forested island right off the mainland.

It’s no surprise that summer is the height of tourist season in Moscow. For much of the year, temperatures in Russia’s capital and biggest city stay below freezing, but in June, the mercury shoots up to above 70 degrees Fahrenheit.

Iconic landmarks like the Red Square, the Kremlin, and St. Basil’s Cathedral are natural hotspots for first-time visitors to Moscow. But if you’re looking for something off the beaten path, try a tour of the city’s Cold War-era bunkers deep below street level, or check out one of Moscow’s several museums devoted to space exploration.

Go toward the beginning of the month to save a little money on airfare, as prices really start to skyrocket by July.

The Amazon rainforest isn’t necessarily known as a tourist hotspot, but for wildlife enthusiasts, it’s heaven on earth.

June marks the beginning of low-water season in the Amazon, giving visitors a good shot at seeing rare creatures like jaguars, caimans, and pink river dolphins. Low season also means mosquitoes won’t be quite as abundant as they’d be otherwise, although you’d better be prepared to deal with the sweltering summer sun.

The Amazon is massive — at more than 2 million square miles, it’s twice the size of India — and it spans nine countries, so there are a number of ways to go about visiting. Lonely Planet offers a helpful guide to planning your Amazon trip.

Zanzibar is an archipelago off the coast of Tanzania consisting of two main islands — Zanzibar Island and Pemba Island — and several smaller ones. Zanzibar is home to numerous pristine, sandy beaches, making it a perfect candidate for a June getaway.

Jerusalem is a place that needs to be seen to be believed. As a spiritual hub for Judaism, Christianity, and Islam, Jerusalem is a must-visit destination for fans of history and culture.

Within the walls of the Old City are numerous holy sites, and throughout the city you’ll find streets teeming with fragrant spices and the enticing echoes of calls to prayer and blowing shofars.

With temperatures typically around the low 80s, Jerusalem is one of the only major cities in the Middle East suitable for summer travel. And given Israel’s tiny stature — you can drive from tip to tip in 10 hours — Jerusalem makes a great jumping-off point to explore the rest of the Holy Land.

Peak tourist season in Bangkok, the electrifying capital of Thailand, runs from November to February. That’s the period with the nicest weather, but take it from us: Bangkok is scorching hot year-round, so you might as well enjoy this Southeast Asian hub during shoulder season.

With a little more room to breathe, you can enjoy resplendent sites like the Grand Palace and Wat Pho, with its iconic, 150-foot-long reclining Buddha. Get lost in the winding pathways of Bangkok’s outdoor markets, and stop for some delicious street food along the way.

When it cools off at night, take advantage of some of the best nightlife Asia has to offer — we recommend the rooftop Vertigo bar atop the 61-story Banyan Tree Hotel.

Southeast Asia’s captivating island of Borneo is another haven for nature enthusiasts. It’s one of the most biologically diverse places on earth, and it’s home to some of the most exotic creatures on earth, including bearded pigs, long-nosed proboscis monkeys, Sumatran rhinos, and the closest known relative to humans: the orangutan. It’s also home to the largest, and possibly smelliest, flower on earth.

Borneo is shared by three countries — Malaysia, Indonesia, and Brunei — and each offers a rich cultural experience. Malaysian Borneo offers a window into the country’s indigenous roots, and outdoors lovers can try their hand at summiting the majestic Mount Kinabulu. Meanwhile, in Brunei you can marvel at glamorous Muslim architecture, and the entire island is perfect for scuba diving and snorkeling.