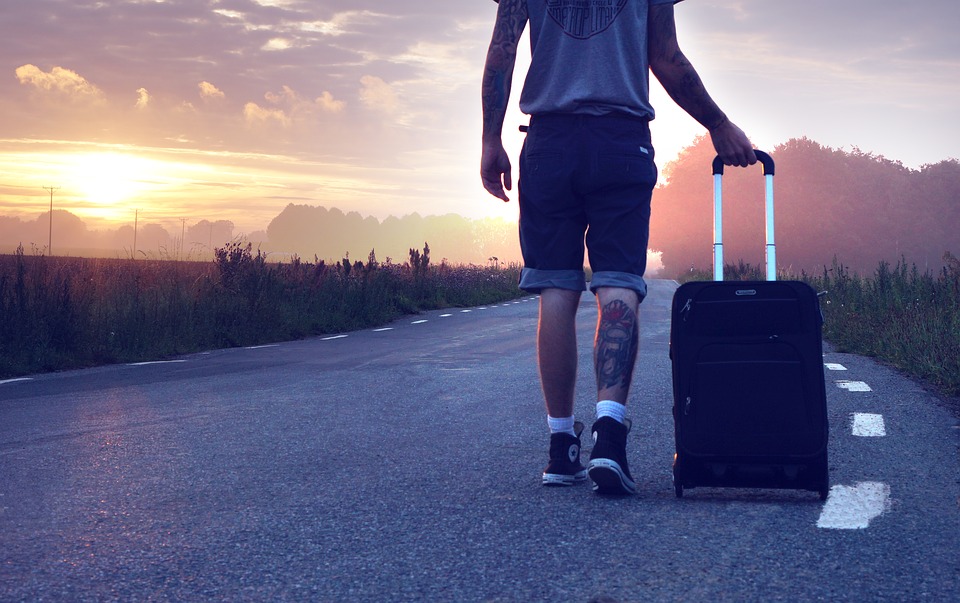 There’s no better way to travel than to do it alone.

This hasn’t always been a popular idea. For a long time travel was like going to a restaurant or seeing a movie. No one would stop you from showing up without company… but everyone would look at you just a little bit odd. Waiters would give the sad smile they reserve for low tippers and recently divorced accountants. Hotel staff would lay one passive aggressive mint on its own on the pillow.

Airline staff would occasionally upgrade you to first class, however, when a spare seat opened up. So that was nice.

These days all that has changed. Particularly with the rise of millennial travelers, young workers far enough out of college to have some money to spend and the time off to spend it, solo travel has become an essential part of the industry. According to one report published by Lonely Planet, 51 percent of travelers say they plan to take their next vacation alone. The magazine dubbed it their trend of 2017, and that hasn’t changed.

With singles now making up a majority of the U.S. population and time increasingly difficult to schedule among friends, it’s the right moment to see the world on your own. That’s the good news. The even better news is that in many ways, it really is the best way to travel.

One of the absolute best parts about travel is the people you meet along the way. Whether it’s swapping stories with fellow travelers, having a beer with someone who grew up nearby or chatting with the cab driver on the way back from the airport, most of your best stories will involve someone you didn’t know before getting your passport stamped.

That’s harder to do with a partner.

Now, there’s nothing wrong with seeing the world alongside a good friend or a partner. Watching the sun set behind the Parthenon with someone you love belongs on every traveler’s bucket list. But the thing is, once the sun sets and ouzo flows the good odds are that you’ll just keep talking with that one someone.

Around you people will mingle, meet and make new friends, but you came already prepared with your friends and connections. When you bump into someone new at the bar you’re far more likely to exchange pleasantries and head back to your group. On your own, you’d stick around and hear the story about when they played a mermaid at a poolside resort.

You have more time to think.

There’s a reason that meditation is not a team sport.

Despite all the new people you can meet while traveling alone, you will still spend much of it by yourself. That’s a good thing.

Sharing an experience changes it. The world is, to be sure, made more beautiful by seeing it with someone. Yet at the same time that old, less lustrous world is also waiting just around the corner. Wandering through a museum by yourself lets you linger over an exhibit to read the plaques. Riding on a tuk tuk you can watch the people and streets go by.

With someone else, you’d spend your time in conversation. That’s the point of traveling with a friend. While creating a new shared joke, however, there’s a good chance that lots of little things are escaping your notice. Going someplace alone lets you slow down and take all of those details in. It lets you think a little bit more than you would have otherwise.

With a friend at your side, you’d spend a rainy afternoon in Da Nang playing cards and having a beer. On your own, you’ll need to find something else to occupy your thoughts. It’s worth seeing what comes from that.

The first time I visited the island of Santorini I was, to be entirely honest, disappointed. While Oia village is every bit as lovely as the postcards say, I didn’t see anything about it that I couldn’t take in during my first 15 minutes. Had I arrived as part of a couple, as most people do in this honeymoon destination, that may well have been the end of the story. We would have browsed a few jewelry stores together, had a meal and then retired to have a drink by the hotel’s pool.

I, in 2008 however, had neither the budget or the coquettish companion for doing any of those things. I also had six hours until my return ferry.

So I wandered the streets a little more and found Atlantis Books. I wandered into the Naval Maritime Museum, an attraction so cleverly hidden that I can only assume it’s part of a long-running attempt to save on cleaning expenses. I lingered at the castle at the end of the town and even found my way to the local school.

I needed the inspiration that comes, if from nothing else, from boredom.

Traveling on your own forces you out of your comfort zone. It makes you go out and try new things because your usual options aren’t on the table. With no one around to hang out with, you need to find alternatives.

And those alternatives, like a naval maritime museum, often turn out to be the best parts of your trip.